Our passion is making your dreams come true. Experience the joy of meeting your furever friend with us and the luxuries of what Smeraglia does best.

It’s all about the experience here at Smeraglia. We’ve turned the puppy pick-up day into a celebration. Bringing a puppy home is one of the most exciting and memorable days of your life. At Smeraglia we’ve gone above and beyond to make this a day like no other. The celebration begins the moment you arrive at the beautiful Smeraglia Family Estate . You will be welcomed by a hospitality team member who is dedicated to making this an experience of a lifetime. You will enjoy our Coffee & Wine bar as we go over your puppy kit in the luxurious Chapel Barn. Everything culminates to this moment you meet your puppy…. 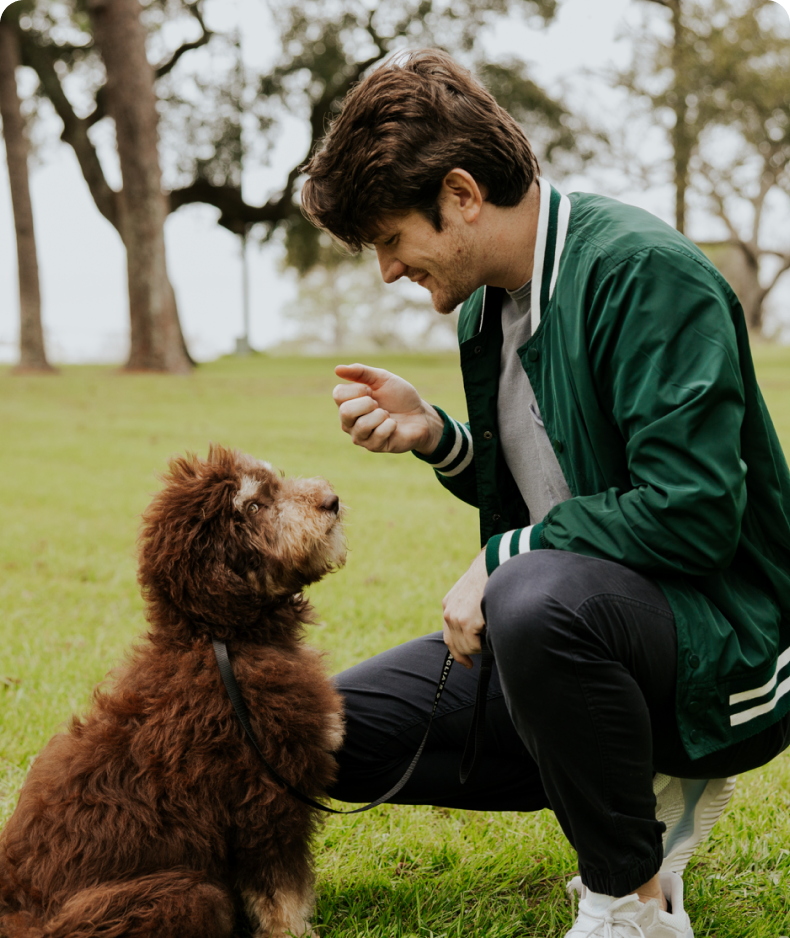 TRAINING EXPERIENCE
How To Adopt 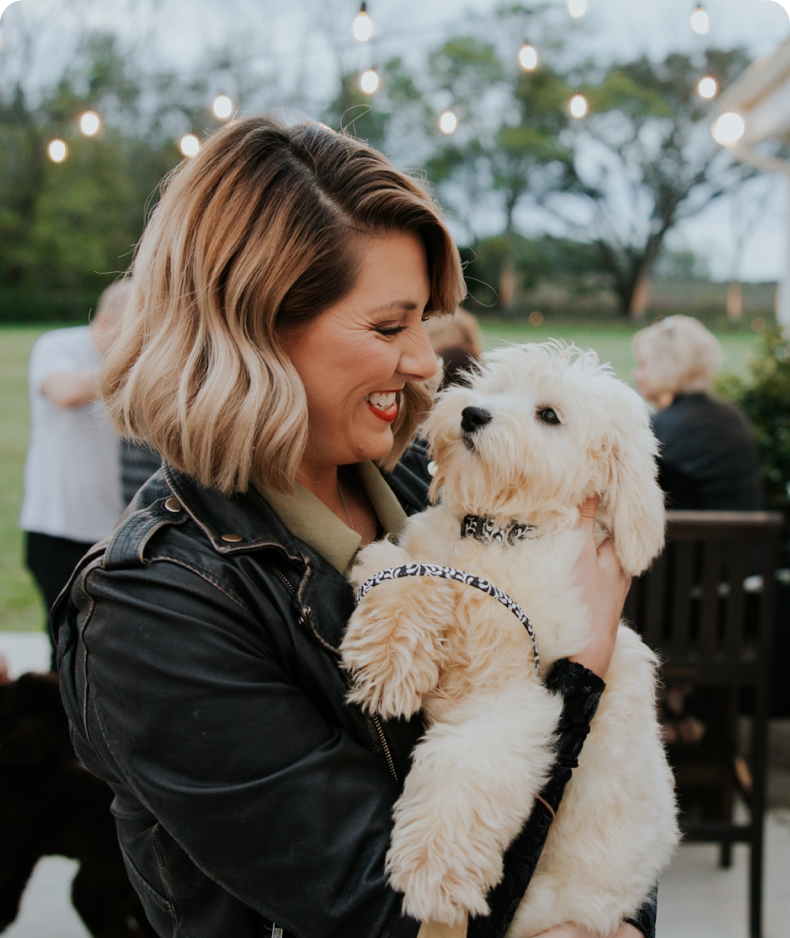 CELEBRATION EXPERIENCE
How To Adopt

If you’re interested in getting professional photos of your pup, then look no further than Pawtography! Our photos are taken by our very own Meredith Crigler, who has years of experience capturing the personality of our puppies. She has learned the art of bringing out the different, unique characteristics of our dogs, and we guarantee you’ll be thrilled with the results. 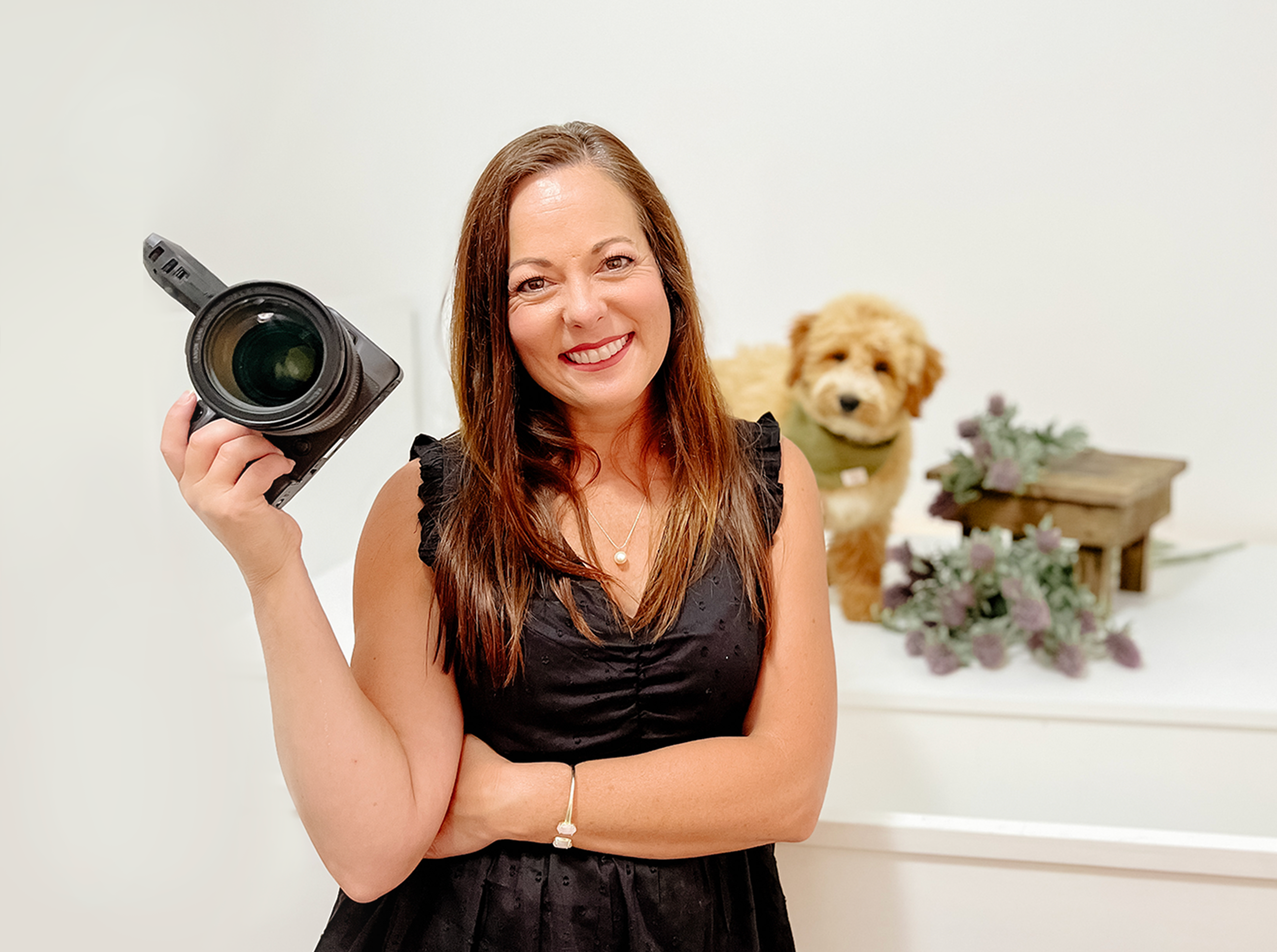 The Smeraglia family Estate is nestled in the beautiful countryside of Baldwin County Alabama. The establishment of this property has been a labor of love for the Smeraglia family. The heart behind it is not only to provide a peaceful place for family and friends to enjoy but also to offer clients their own unique experience. The picturesque landscape and beautiful architecture creates the backdrop for an unforgettable first day with your puppy. 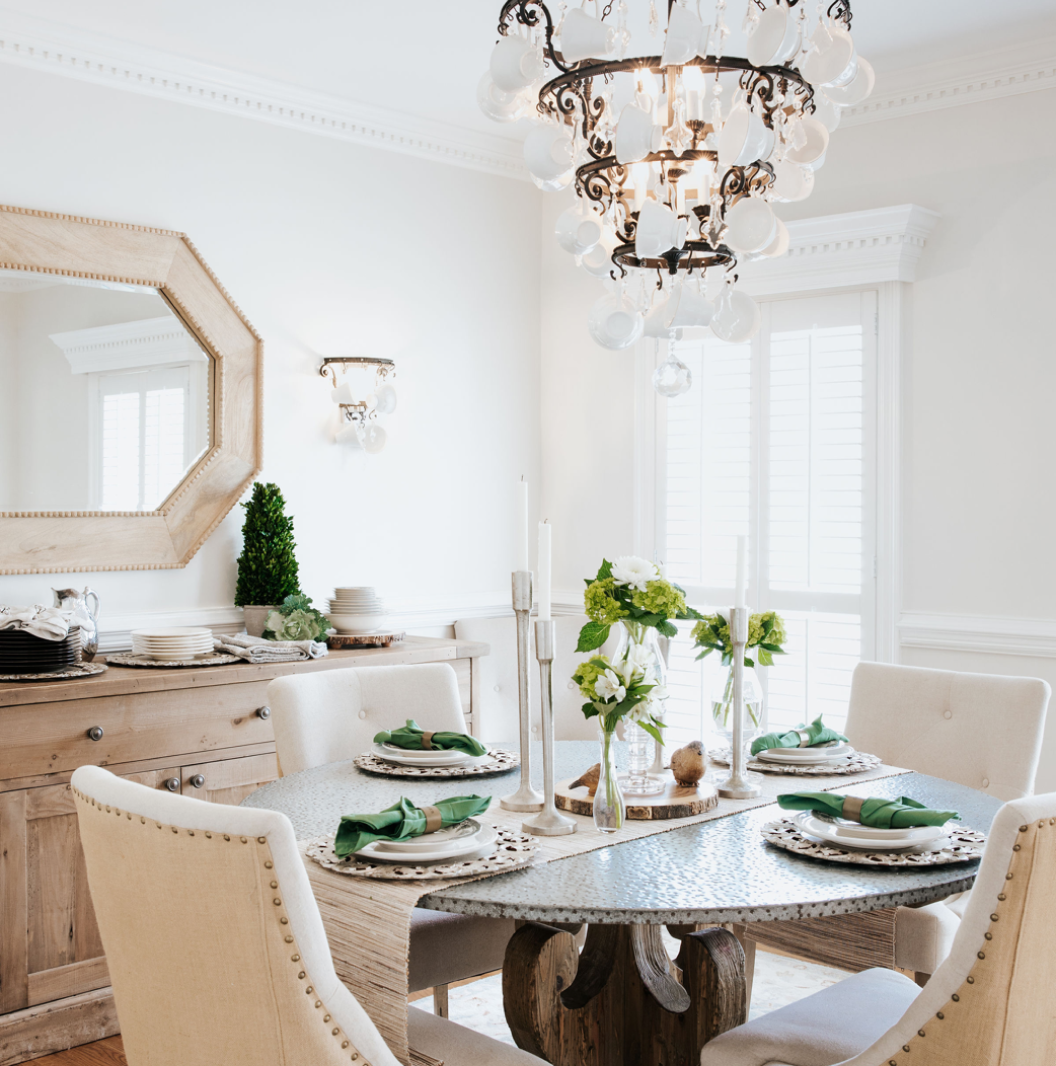 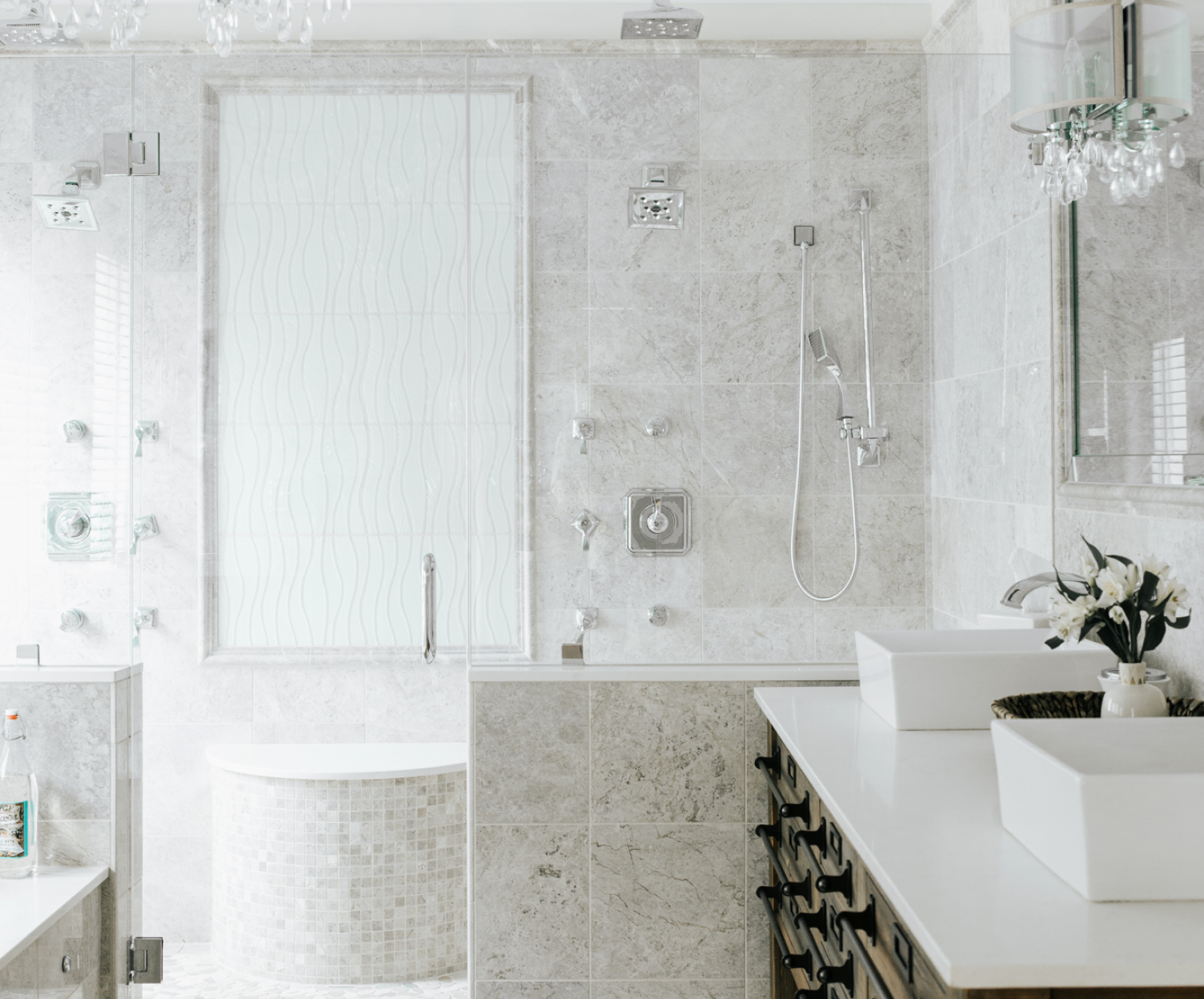 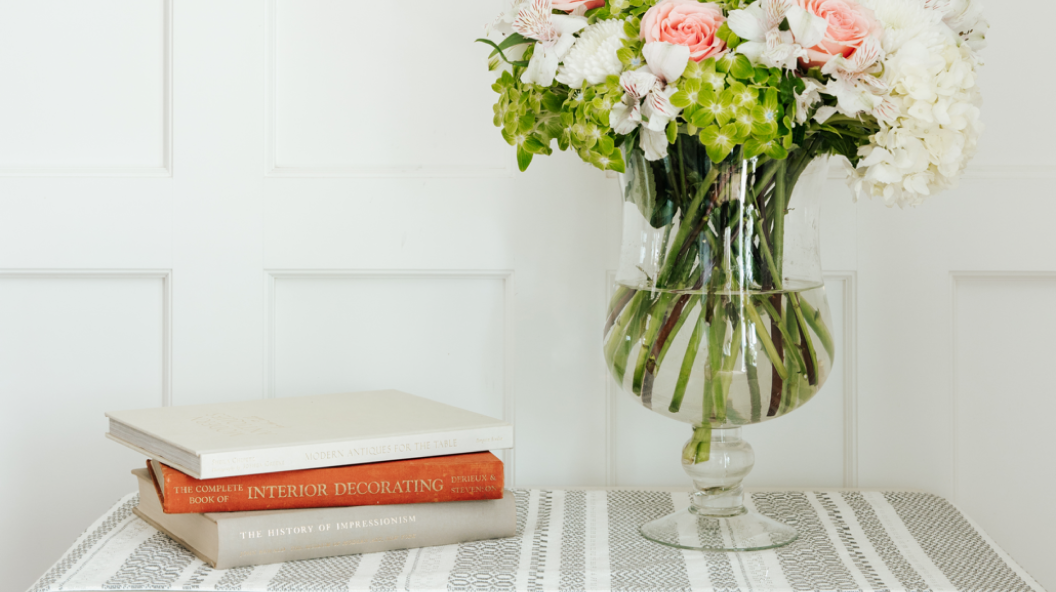 Take advantage of our little slice of heaven. Experience the best of The South while you’re here. 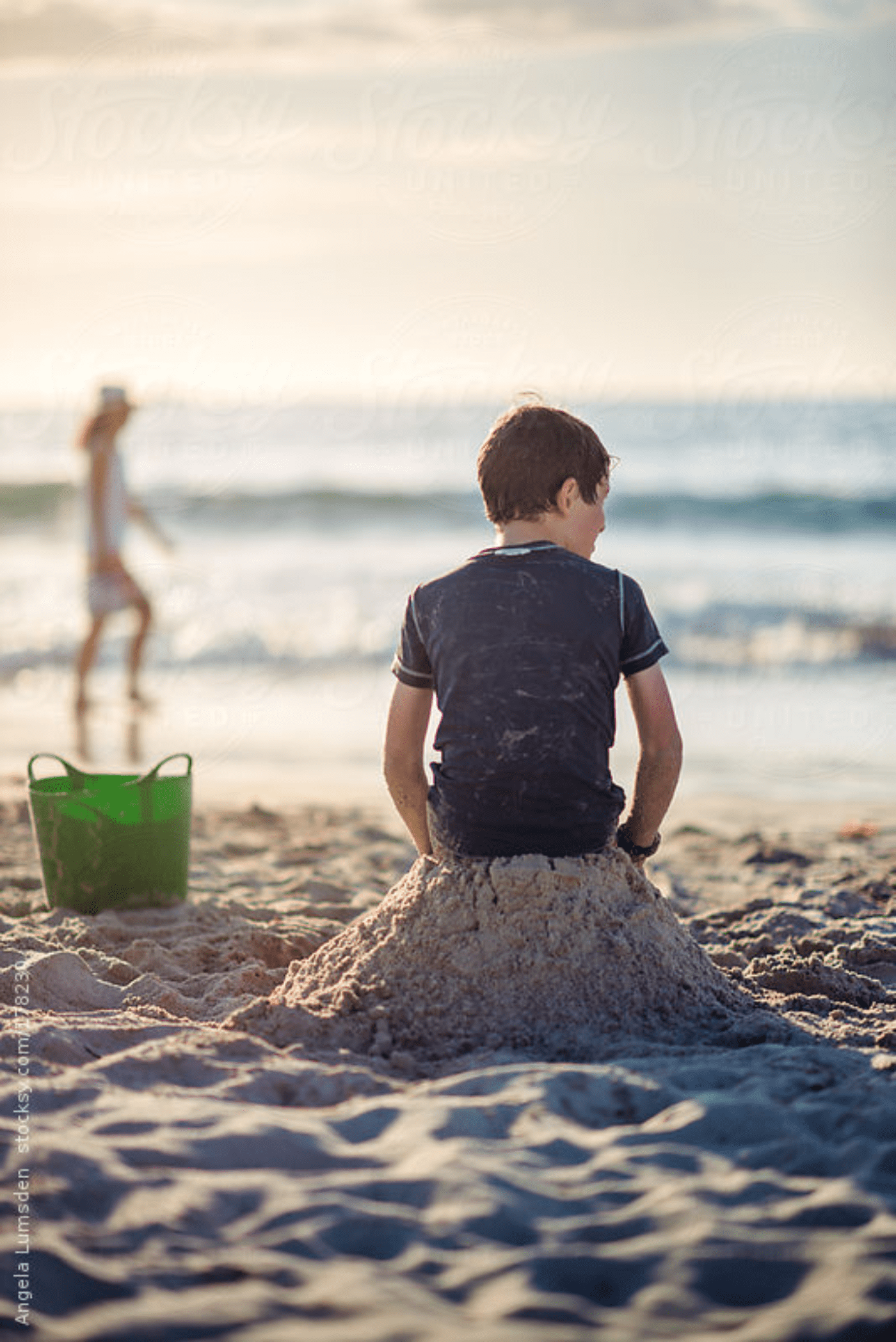 Our beautiful Alabama Gulf Coast has miles of pristine white quartz sand washed by blue-green Gulf waters. Beaches at Gulf Shores and Orange Beach all share the scenic beauty and windswept vistas beloved by travelers from across the nation, but each offers something unique and special as well. Open year round.

• The Wharf •
The Wharf is the Gulf Coast’s most inviting shopping and dining destination with exciting entertainment and event options. Choose from a variety of restaurants, pamper yourself at a spa and shop one-of-a kind retail stores that feature everything from fashion, home interiors, sports gear to souvenirs and more. Catch a rocking summer concert at the Amphitheater from May through September.

• OWA •
This family-friendly park just 20 miles south of Smeraglia Farm is the vision of the Porch Creek Indians. Spend the day enjoying over 21 amusement rides and stroll downtown OWA enjoying southern hospitality, shops and famous restaurants. rocking summer concert at the Amphitheater from May through September. 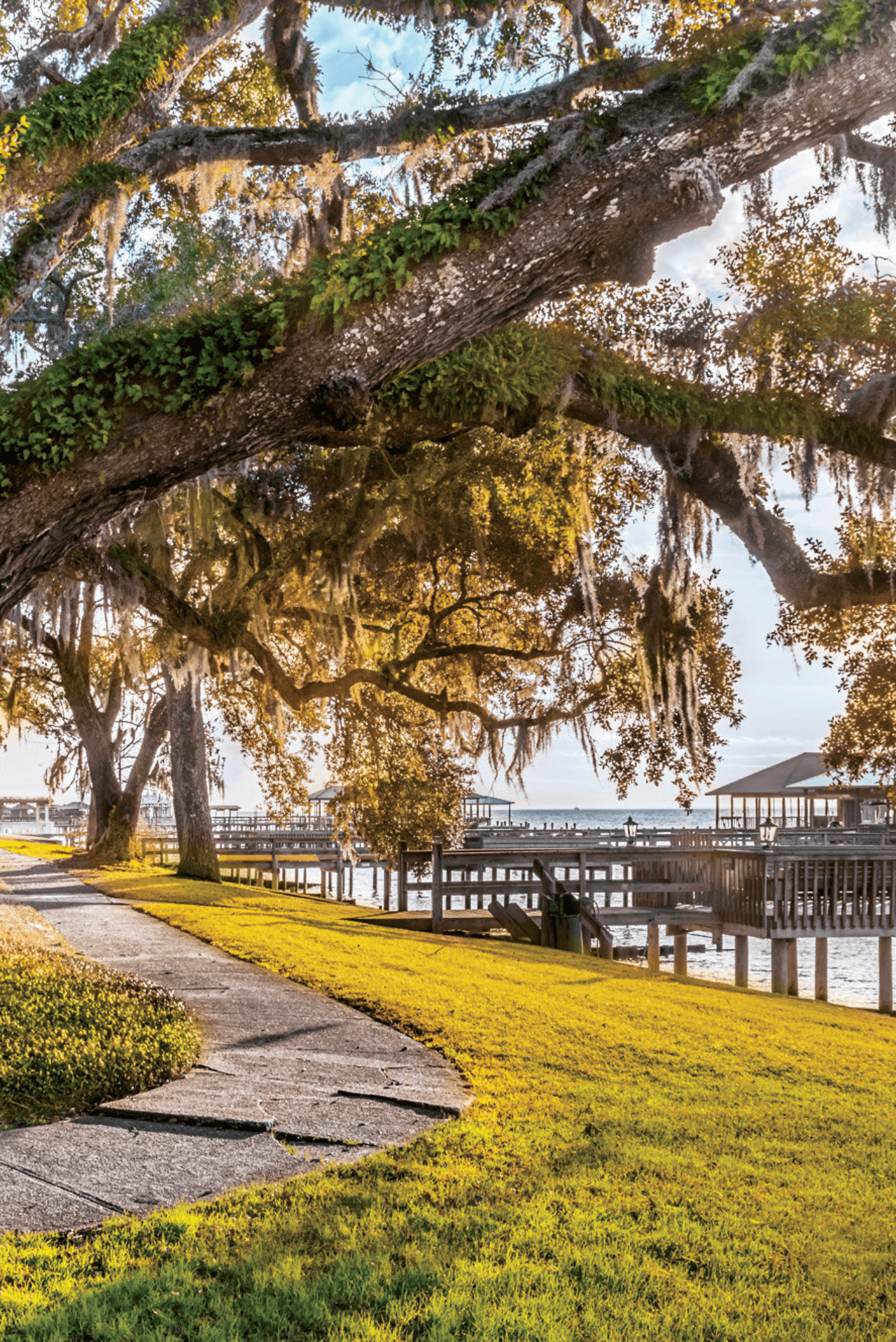 Just off the shore of beautiful Mobile Bay sits Fairhope, a warm friendly and walkable town that radiates southern charm. Fairhope still retains much of its original small-town ambiance, but is unique in many ways. Known for its active community, beautiful downtown floral displays, recreational trails and events for visitors of all ages.

• The Grand Hotel•
The Grand Hotel Golf Resort & Spa has been known throughout the South as The Queen of Southern Resorts for more than 170 years. Set on 550 acres of stunning natural beauty, the Grand returns, its stunning transformation complete, debuting as a modern sanctuary of golf, tennis, beach, pools and spa-an enchanted destination filled with gracious southern charm. The Grand Hotel is a Smeraglia family tradition for holidays, special occasions and weekend get-a-ways.
www.grand1847.com

Once called the Paris of the South, Mobile has long been the cultural center of the Gulf Coast and you’ll find an authentic experience like now where else in the southern United States. While most people think Mardi Gras was started in New Orleans, it was actually started in Mobile. It’s the oldest carnival celebration in the United States!

• USS Alabama Battleship Memorial Parkway •
Tour this remarkable ship that began her World War II adventures in the North Atlantic in 1943, then later that year went to the South Pacific seas. She ended up in Mobile, Alabama as a National landmark and memorial to millions. More than fifteen million visitors later and a statewide economic impact approaching one billion dollars, the Park is easily the most recognizable symbol of the State of Alabama.

• Mobile Carnival Museum •
Immerse yourself in the rich history and traditions of carnival and see first hand the intricate designs of majestic crowns, scepters, robes, parade floats, and more!

The first step in finding your new forever friend.